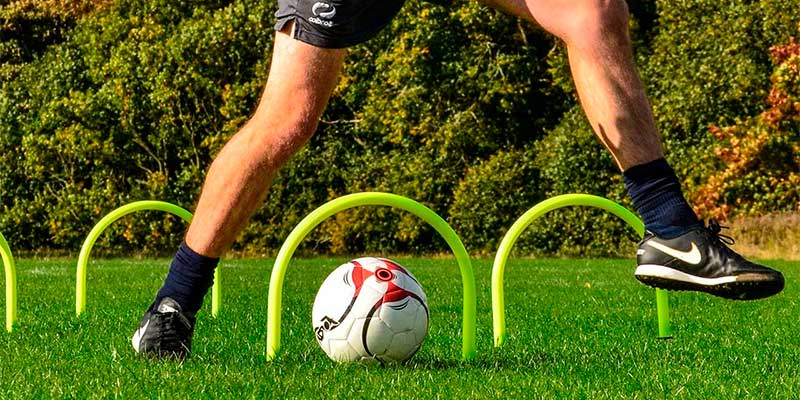 Physical preparation can be defined as all the operations aimed at optimising, in complete safety, the individual motor capacities necessary for the achievement of a “rare” performance, and its repetition over time.

It should be noted that in a 90-minute match (excluding stoppages), the effective playing time is between 50 and 55 minutes for amateur matches.

It can increase to between 60 and 65 minutes for international matches.

Football is an intermittent sport characterised by repeated explosive efforts.

The average high-level match is characterised by:

A player performs about 120 intense actions or sprints of 1 to 6 seconds per match with recovery times ranging from 30 to 45 seconds.

It is important to note that the aerobic part should not be a weak link but one of the key links in the physical preparation of the soccer players, in the same way as strength, explosiveness, speed, coordination, and not forgetting training with balls.

It should be noted that the distances covered during a match depending on:

The VO2 MAX corresponds to the maximum aerobic consumption. The match is between 75 and 80 % of the VO2 max. In order to stay in the game, the player must express this percentage as long as possible.

Training is too often based on chronological rather than biological age and sensitive periods of development are neglected.

The adult training and competition system are replicated for children.

As children do not enjoy training enough, motivation is often lost and the sport is abandoned.

The most expert coaches with the best knowledge and experience should work with young people in training.